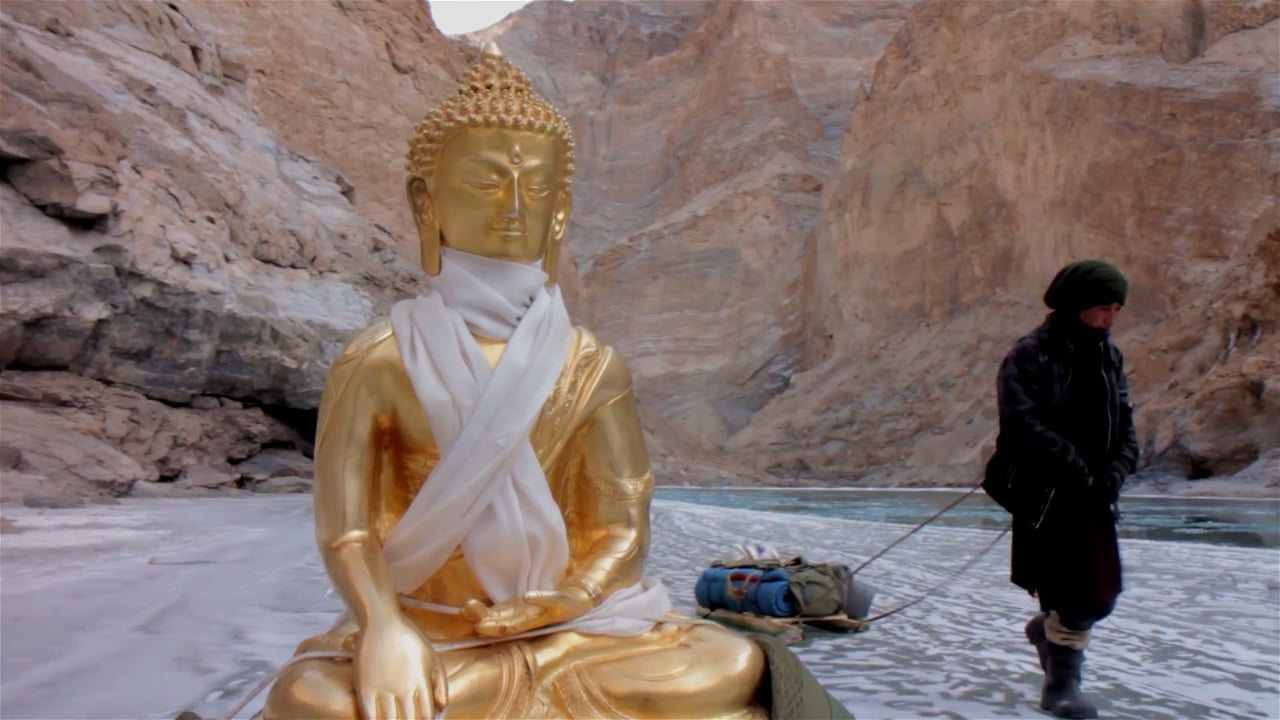 Registration will open on 6 April 2021

Sean Whitaker embarked in xxxx on creating a series of short films about Ladakh and will talk to James Crowden about the making of the films and their genesis. The COVID-19 pandemic brought the project to a temporary halt, but Sean has plans for more films when filming is again possible.

“Passport Ladakh” records the work of Skarma Rinchen who from 1982 visited remote parts of the region to photograph villagers for their mandatory identification cards. Travelling by motorcycle often for days at a time, over the years he accumulated a vast archive of portraits at a time when the culture of Ladakh was in a state of profound change.

“Buddha of the Chadar” is a film about a father and son from Ladakh making a winter journey on the frozen Zanskar River – a route known as the Chadar. In veneration of their faith, they carry a heavy and unwieldy statue of Gautama Buddha, which they plan to offer to a remote Buddhist monastery.