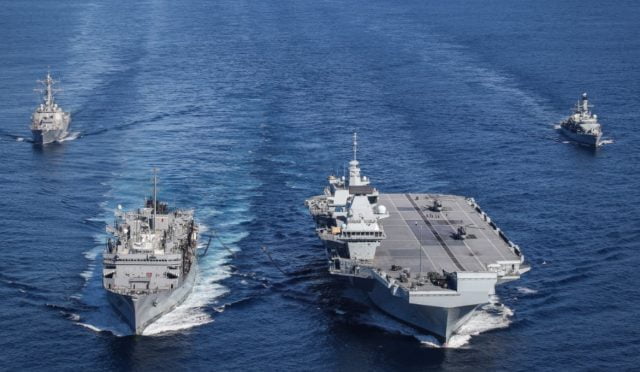 As geostrategic realities evolve in the mid-twenty-first century, there has been much talk in the UK about “global Britain” and a foreign policy “tilt to the Indo-Pacific”. What do these expressions actually mean? Are they just slogans, or is there substance to them and, if so, what is it? Does a UK Carrier Strike Group heading east imply an active military role? How significant is the UK’s economic engagement in the region? What can the UK’s “soft power” contribute? And what do other countries, make of it, especially in Asia?

Peter Ricketts was the UK’s Permanent Representative to NATO in 2003-2006, Permanent Secretary of the Foreign and Commonwelth Office and Head of the Diplomatic Service 2006-2010, the UK’s first National Security Adviser 2010-2012 and Ambassador to France 2012-2016. Since 2016 he has sat as a crossbencher in the House of Lords where he takes particular interest in Home and International Affairs, Defence and Justice. He is a Strategic Adviser to Lockheed Martin, Visiting Professor at King’s College London, a non-executive director of Engie, Chairman of the Franco-British Council and the Normandy Memorial Trust, a trustee of Leighton House Museum and a member of the Royal Academy Development Fund.