Past RSAA tours have explored every corner of Asia, and our tour reports and photographs are an important component of the RSAA's archives. 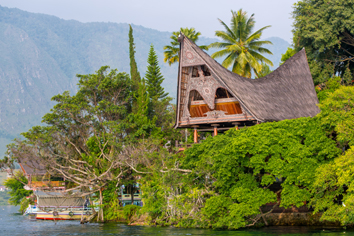 There is a vast difference between Sumatra and neighbouring Java. Sumatra is far wilder, more rugged, more ethnically diverse, and much more difficult to get around in. Islam entered some coastal regions of Sumatra more than 300 years before it touched Java. With its great diversity of tribes (puak), and numerous megalithic, aboriginal, and matriarchal societies, Sumatra is one of Southeast Asia’s richest cultural areas. During the Mesolithic era, while Java and Bali were still connected to mainland Southeast Asia, groups of pre-Malay peoples drifted south from  China and Burma. Since that migrations, wave after wave of Chinese, Indians, Arabians, and Javanese have also made Sumatra their home. Although Sumatra has the highest birth-rate in the nation, the island is today relatively underpopulated, with only 50 million people, a mere 20% of Indonesia’s total. While Sumatra has about 40 persons per square km, Java has nearly 1000. 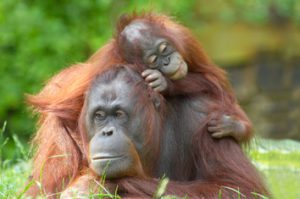 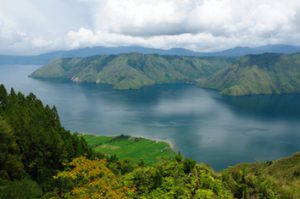 Numerous ethnic groups are found in Sumatra, amongst them some of the most ancient cultures of Indonesia. Besides the main groups (Acenese, Batak, Minangkabau, Lampungese) are isolated aborigines such as the Sakai in Riau Daratan, the Kubu of southern Sumatra, and the Sakkudai of the Mentawais-all descendants of the archipelago’s original inhabitants and bypassed by the mainstreams of the 20th century. The majority of Sumatra’s population does not, however, live along the coasts. In the mountain regions of North Sumatra live the Christian Batak, and the high uplands of West Sumatra around Bukittinggi are the home of the matriarchal Minangkabau. Both groups live as traders and successful agriculturalists. In northernmost Aceh Province live the staunchest Muslims who, from the late 16th century, ruled the coasts of Sumatra from river-based trading kingdoms.

The traditional architecture, especially of north and western Sumatra, is magnificent. Large rectangular buildings on wooden pilings are built one to two meters off the ground, with swooping saddle-shaped roofs and high gables at both ends that rise to a point. Structures are often adorned with geometric designs and buffalo horns, and carvings grace the gable-ends. So impressive are these structures that they have served as models for ‘national’ architectural styles. 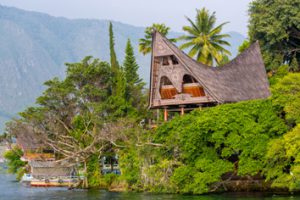 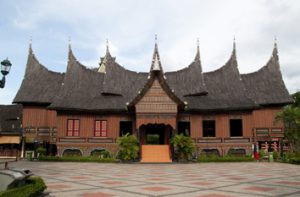 Sumatra’s pervasive Islamic influence is reflected in its musical instruments. A primitive type of oboe (serunai) is almost identical to the sumai, originally from Persia. It is said there’s a different dance for every one of Sumatra’s 100 districts; Sumatran dancers, known for their gaya (grace), are masters of smooth, soft, willowy movements. Sumatra’s flora and fauna are some of the most biologically diverse in the world and there is a greater variety of wildlife that any of the other islands of Indonesia. 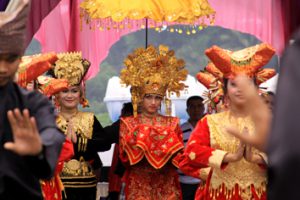 As with other RSAA tours and in conjunction with RSAA contacts in Indonesia and in the UK (in particular the Indonesian Embassy in London), we plan to arrange a number of talks (and meetings) about the three great provinces of Sumatra the party will be visiting. At the time of writing the talks are all subject to confirmation but we hope they will cover a wide range of subjects and may include such things as: The reconstruction and recovery of Banda Aceh after the tsunami in December 2004; the Batak culture of Lake Toba and how it is evolving; The challenges of conserving the National Parks in North Sumatra; the Minang Kabau culture around Bukittinggi and Padang.

Party size is limited to 20 travellers

Trip Price: £3080 per person includes: international and domestic flights in economy class from/to London; all hotel accommodation as described, most meals as listed (B,L & D). Please note that some hotels are simple hotels, although they are best available. The single supplement is £530 per person. Full travel insurance is a requirement as is a doctor’s letter for those of 70 years and over. 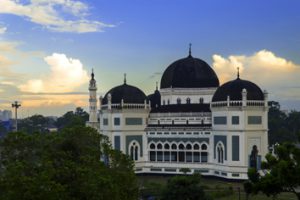 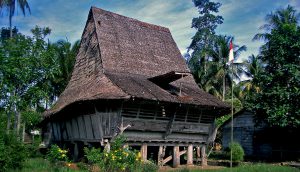 This trip has been planned by Distant Horizons who have been organising journeys for the RSAA since 1999. They are fully licensed through the CAA (Civil Aviation Authority) and hold an ATOL license (Air Travel Organisers License) No 4688.

For an in-depth itinerary and application details, please contact: