WHAT'S GOING ON IN DECEMBER

A lecture by Dr Chun-Yi Lee

Dr. Chun-Yi Lee is a lecturer at the school of Politics and International Relation (SPIR) at University of Nottingham. Her current research project is geopolitical implication of OBOR.

Chun-Yi’s past research includes ‘Chinese Investment in Taiwan: Opportunities or Challenges to Taiwan’s Industrial Development?’ This project investigated bilateral cross-Strait economic activities and its impact on both societies. It was a two and half year project, which started in July 2014 and finished in December 2016.

Her previous research project was ”National transformation and workers’ rights: An analysis of Chinese labour within the global economy‘ with Professor Andreas Bieler at SPIR. This project investigated the influence of different foreign investors on Chinese workers and labour rights. Using interviews, participant observation and cases studies, this project examined the emergence of civil society in this dynamic interaction among the state, foreign capital, and workers in China. This was a three-year project, it finished in September 2014. 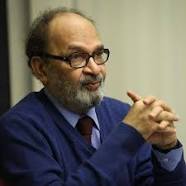 Hindu Rashtra and the future of Indian Muslims

A talk by Saeed Naqvi.  Saeed Naqvi has been a quintessential reporter and foreign correspondent for over four decades. He has travelled the length and breadth of India and visited over a hundred countries in pursuit of stories.  His books are “Reflections of an Indian Muslims” and “The Last Brahmin Prime Minister” have been prescient. “Being The Other: The Muslim in India” published in July 2016.

There are as many Muslims in India as there are in Pakistan, give or take a handful, but we Indians have been conditioned to hate Pakistan. Narendra Modi’s Hindus on the other hand are being motivated to hate Indian Muslims as well. Any thoughts for the future of Indian Muslims?

The Atkinsons’ Adventures in Siberia and Kazakhstan