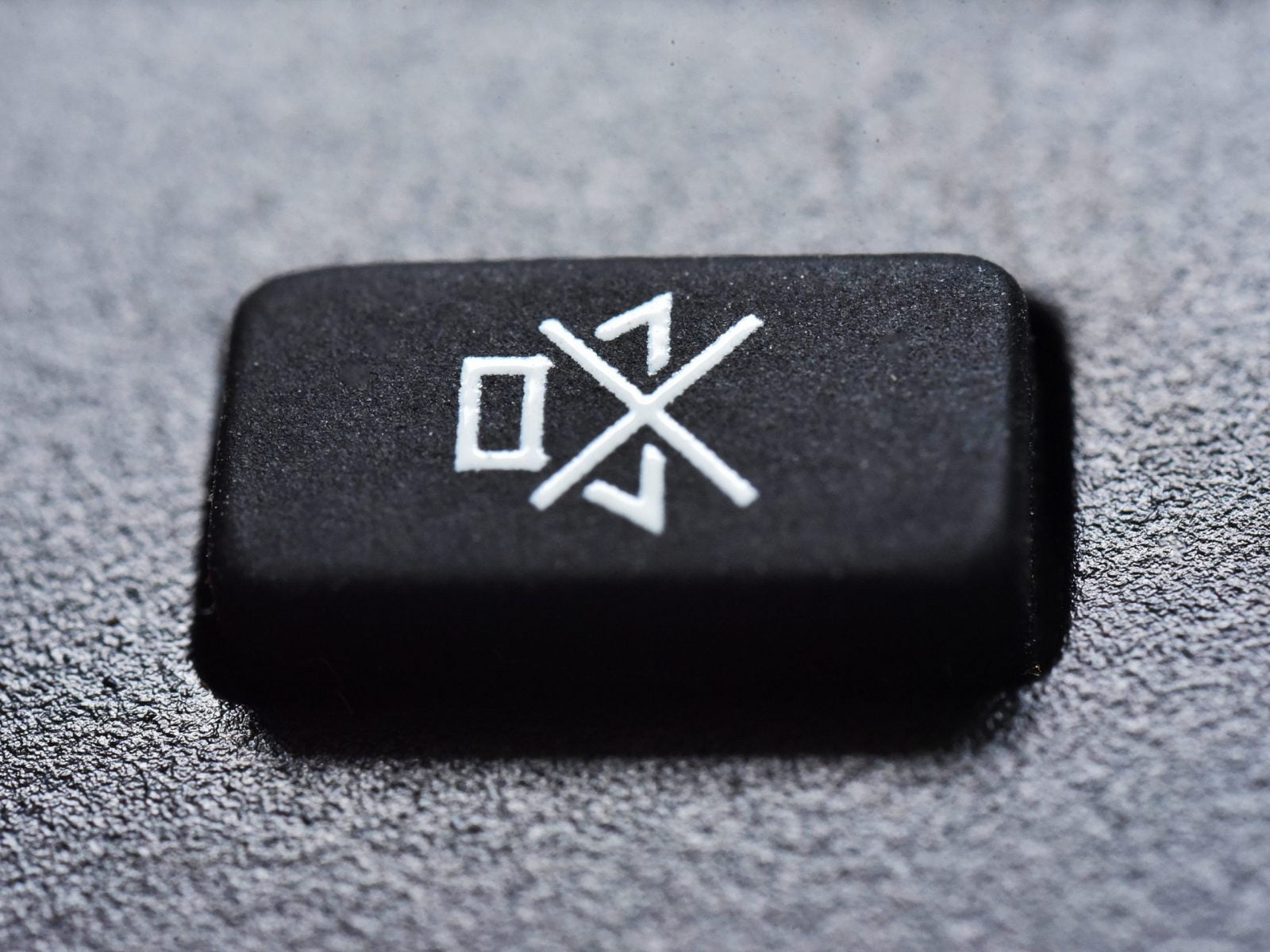 Angus Forsyth responds to Martin Purbrick’s 6 July blog with an alternative view of the imposition of the National Security Law in Hong Kong. 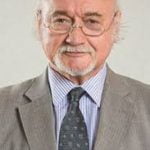 As everybody worldwide now knows, we in Hong Kong are now subject to a new Hong Kong Basic Law Schedule 2 Supplemental Enactment by the National People’s Congress of China to safeguard the national security of China (including of Hong Kong as an integral element of China).

In my view – and in the view of many legal commentators in Hong Kong, this new law is centrally focussed upon infringements against the national security of China, including Hong Kong as set out in its specific offence sections.

It is not intended to have, does not have and will not have the effect as widely and confidently stated worldwide of blowing down and exploding the entire concept of “One Country Two Systems” which was and is effectively created and protected and guarded by the Basic Law for Hong Kong which remains otherwise unaffected.

In fact, Article 2 of the New Law expressly provides that human rights and rights and freedoms including freedoms of speech, of the press, of publication, of peaceful association, assembling, procession and demonstration enjoyed by residents of Hong Kong under the Basic Law and the provisions of the International Covenant on Civil and Political Rights and the International Covenant on Economic, Social and Cultural Rights as applied to Hong Kong since before 1997 shall all be protected in accordance with the Basic Law.

This is a total and express endorsement of rights essentially emphasing continuation of the recognition of and protection of Human Rights in Hong Kong and certainly not available in China itself.

It is clear to me that all commentary upon the new law has completely and inexcusably omitted any reference at all to Article 2 and by doing so has also omitted the basic premise of express preservation of the One Country Two Systems policy of China under the Basic Law for Hong Kong which is extremely important in that Article 2 is not only a special re-iteration of the protections of the Hong Kong community and society under the Basic Law but is also a special exception for Hong Kong to the general law of China – a legal system which contains no such provisions.

Article 3 further states clearly that a person is presumed innocent until convicted by a judicial body with the right to defend in judicial proceedings specifically protected.  Double jeopardy of trial or punishment for a second occasion is expressly excluded.

In general therefore, this topic has been of prime international interest and in the view of many in Hong Kong has been misinterpreted, misrepresented and ignorantly – often innocently – taken as a confirmation to suppress all the rights of Hong Kong residents under the Basic Law which are in fact expressly preserved.

This law has a specific focus of :-

“Secession of Hong Kong from China”; and

“Subversion” the overthrowing of the system of the PRC or its government or of the Hong Kong Government; and

“Terrorist Activities” defined to include a wide range of personal violence or sabotage of public facilities; and

“Collusion with a Foreign Country or with External Elements to Endanger the National Security of China”.

Each category provides for separate penalty for acts accessory to each of them.

These sections are broadly drafted with the intent to catch any activity which transgresses any of them and it is reasonably clear that the spreading by any person and in any way of any such activities including the possibility of advertisement in whatever form is quite definitely construable as an offence against the national security law and subject to its criminal sanctions.

From my position as a practising lawyer in Hong Kong over the last 49 years and with the intention to continuing to practise law in Hong Kong for the foreseeable future I cannot see myself as in any way affected by the new national security law.

As is well known, the circulation by whatever party (still certainly unknown to law abiding persons like me) of activities of any kind falling specifically within the categories identified above, but certainly including marches, placard design and holding, graffiti in public places and violence against the person of individuals or against public transport, electric power gas or other facilities including telecommunications or the internet would be committing an offence.

On the 6 July implementation rules for the new law were gazetted taking effect on 7 July.  These include email of Messages Endangering the National Security and Requesting for Assistance providing that if the Commissioner of Police has reasonable grounds to suspect that an electronic message published on an electronic platform is likely to constitute an offence or likely to cause the occurrence of an offence endangering national security then with the approval of the Secretary for Security he may authorise a designated police officer to request the message publisher, the platform service provider, posting service provider and network service provider :-

(ii)     restrict or cease access by any person to the message; or

(iii)    restrict or cease access by any person to the platform or its relevant parts.

Failure of the publisher to cooperate immediately enables the police to apply to a magistrate for a warrant to seize the relevant electronic device and take any action for removing the offending information or alternatively a warrant to authorise the police to request the relevant service provider to provide the identification record or depiction assistance as required.

The same implementation regulations apply to the endangering of national security and interception of communications and in each case a warrant from a magistrate is an essential precondition to action.

There is a further obligation on the Hong Kong Government to promote national security education in schools and universities including (inter alia) the media and the internet.

It is worth setting the above out in some detail because I am not aware from keeping abreast of the worldwide coverage of the new national security law for Hong Kong in the United Kingdom, in Europe, in the United States, in Australia and also in regular periodical magazines such as Economist, that any consideration whatsoever has been given to these elements with the result that a glass half full is misleading and wrong.

Again, as a long time resident of Hong Kong I am perfectly satisfied myself that what we saw as “protesters” marching and raising questions about Hong Kong democracy and freedom over the last six months of 2019 would have been fully and absolutely acceptable had they continued, as they began, to be of a totally peaceful character.

However, they did not remain and continue of a totally peaceful character and became extremely violent extending to physical personal injury to members of the public in general some of whom were simply innocent and some of whom disagreed with what the “protesters” were seeking.

A construction worker had seen himself as standing up for justice when confronting protesters who were vandalizing a railway station.  He tried to stop black-clad protesters from smashing glass windows and damaging facilities at the local Mass Transit Rail station.  He got involved in a scuffle on a footbridge when hardcore protesters suddenly appeared and poured flammable liquid on him and then set him alight.

He spent three months in hospital with burns over 40% of his body and in court last week in Hong Kong at the trial of two of the people accused of disorderly conduct in the leadup to the incident he informed the court that he was standing up for justice but, given what happened to him, he further informed the court that he was foolish and should have simply informed the police.  Apart from the two defendants on trial last week the culprits behind the fire attack and the lighting of the flammable liquid poured on the gentleman concerned have not been found.

Apart from this extremely vicious and fundamentally worldwide unreported incident two of Hong Kong’s leading universities were savaged by “protesters” including the Hong Kong Polytechnic University at which damage estimated at approximately HK$300,000,000 was caused through a one month occupation by “protesters” to the total exclusion of the entire university curriculum on campus.

However, what really inflamed the National People’s Congress in China was the constant chanting of the mantra that Hong Kong should be independent of China – something which I have always regarded and continue to regard as a completely impossible concept in any event.  This mantra is now to be a criminal offence not only because of the continued chanting of it by “protesters” but also as a direct consequence of the physical occupation and destruction of the Hong Kong Legislative Council Chamber and the ransacking of the Hong Kong China liaison office – something which absolutely stung the core of the Chinese Government to stimulate the counteraction which we have now seen in the passing of the national security law.

Since the passing of that law there has been silence which was basically the intended effect.