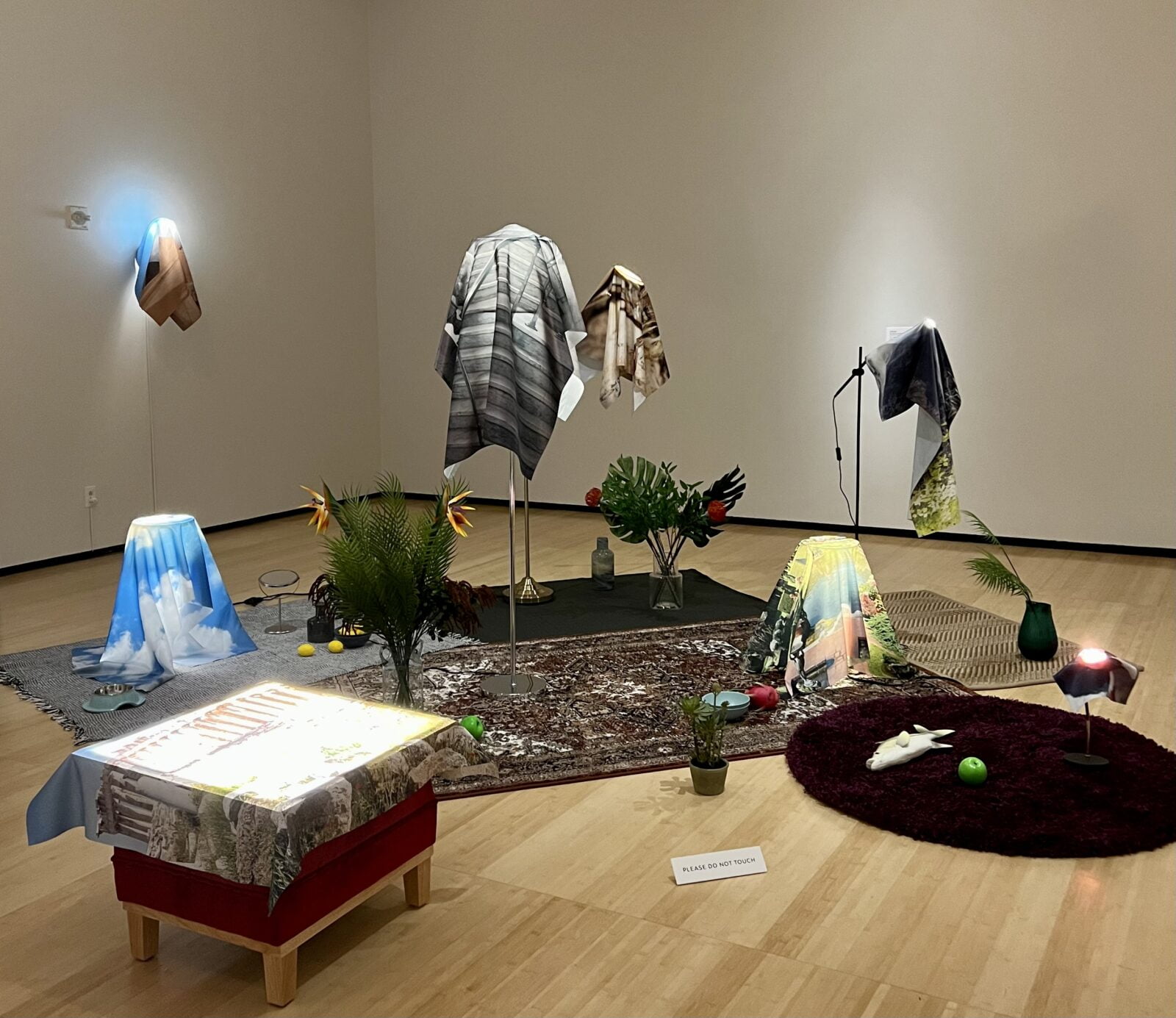 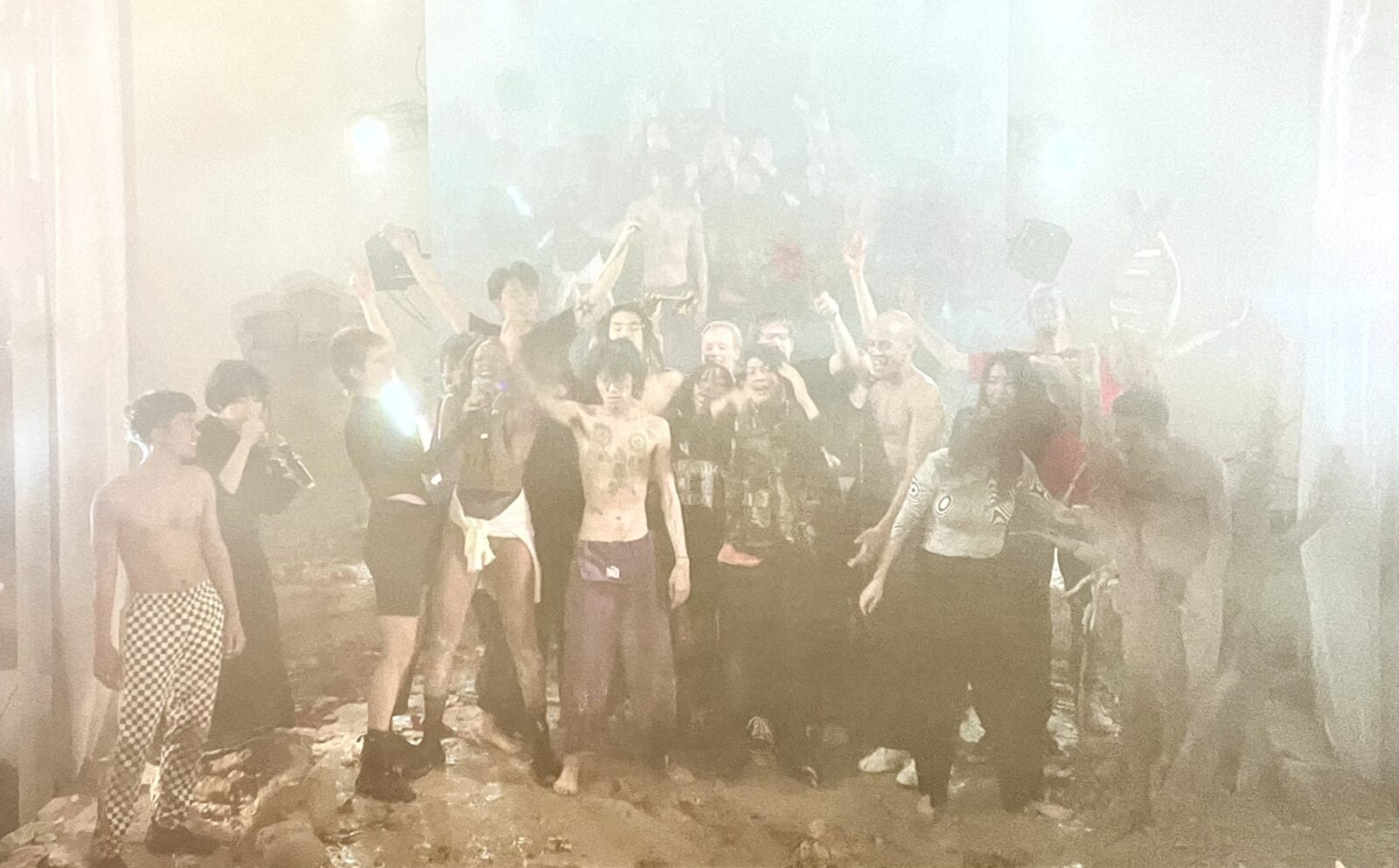 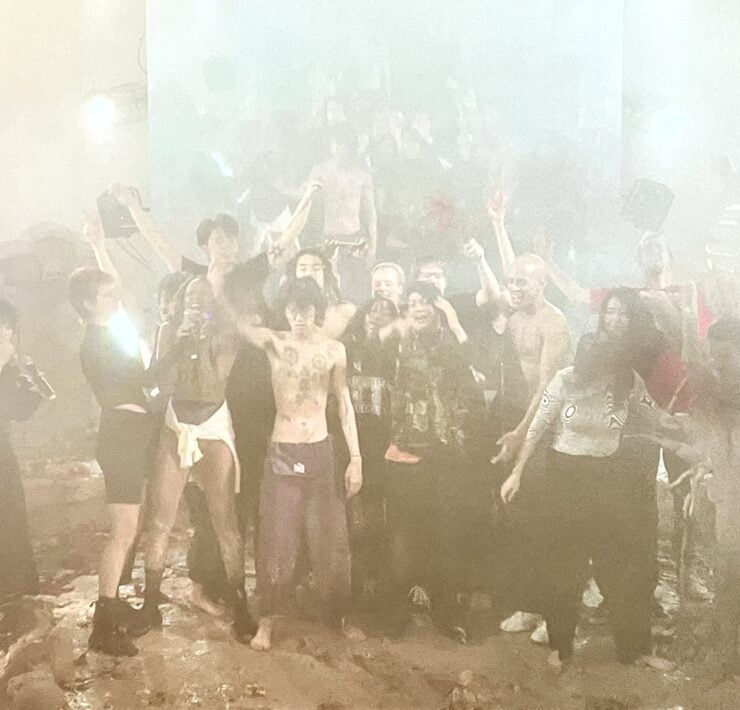 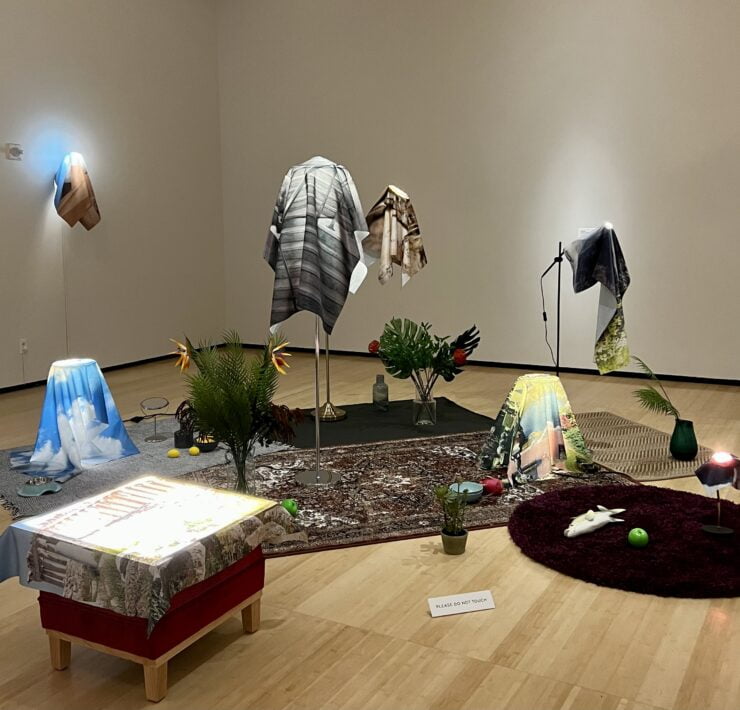 On June 15, 2022, the art exhibition Mirror Image: A Transformation of Chinese Identity opened at Asia Society Museum in New York. The exhibit featured seven artists born in China in the ’80s who work in new media, performance, and installation. Curated by Barbara Pollack, the author of the 2018 book Brand New Art From China, with the assistance of curator and contemporary art scholar Han Hongzheng, the show set out to undo the now-calcified binaries around which artworks in previous international exhibitions of Chinese contemporary art—specifically the 1998 Inside Out: New Chinese Art exhibit—were thematically grouped. (“Local/global” was one such binary, as was “spiritual/material.”) In place of these obsolete categories, Pollack chose to begin from what the press release termed a “third identity” rooted outside of geopolitical borders.

In their press release, Asia Society stated that one major goal of Mirror Image was to respond to and revise their influential Inside Out exhibit, a collaboration with the San Francisco Museum of Modern Art, curated by Gao Minglu and spread across the campuses of Asia Society Museum and P.S.1 Contemporary Art Center (now MoMA PS1). The show stayed open in New York from 15 September 1998 through 3 January 1999, before it traveled to the West Coast, then to Monterrey, Mexico, Washington State, and finally to Hong Kong in 2000. Whereas Inside Out took as its premise a dynamic and forceful confrontation between “Eastern” and “Western” identity, Mirror Image eschews this division, arguing instead for a reevaluation of what it means to be “Chinese” in today’s globalized world. To assess whether Mirror Image accomplished its aims, it is necessary to retrace Asia Society’s steps back to the late ’90s, to the time when Inside Out was first exhibited. At that time, what was considered “Chinese” contemporary art was siloed into specific camps, including that of Chinese-Americans who were marginalized in the American art scene and that of Chinese nationals living abroad who did not necessarily identify as immigrants but rather as cultural emissaries. The prevalent justification for an exhibition of Chinese contemporary art then was that it imported knowledge from a faraway “East” to the audiences of the “West.”

Two decades have passed since Inside Out, during which the number of Chinese overseas has grown to now just around forty-six million, while many of those living in China view themselves not as inhabitants of a country but rather as denizens of the internet. Meanwhile, the political climate on the mainland has grown more repressive in recent years under the leadership of Xi Jinping, particularly toward the Uyghur minority, as fellow RSAA blogger Nick Kenny has reported, and relations between the Chinese Communist Party and Hong Kong have come to a head in a series of harrowing protests (see also: Martin Purbrick, “As Silence is Imposed, Freedom is a Whisper in Hong Kong,” 2020). Increased surveillance and internet censorship have given rise to a new regime of silence and fear, while China’s zero-Covid policy and subsequent lockdowns have sparked further debates and doubts in those living overseas and following the news on Weibo and WeChat. For members of the Sino diaspora, the unprecedented influx of hate crimes associated with the COVID-19 pandemic remind us daily of an identity we are perceived to share—while also opening avenues for solidarity. These combined conditions make the moment ripe for discussing all that a “Chinese” identity can encompass—and how this nationally circumscribed term can be expanded.

Inside Out included seventy-nine works by sixty-five artists working across the Sino diaspora. Mirror Image, which included only nineteen works, shrank in comparison to its forerunner, occupying only one floor of the Asia Society Museum as opposed to two sizable campuses. Other changes were qualitative and affective. Of the seven participating artists—Tianzhuo Chen, Cui Jie, Pixy Liao, Liu Shiyuan, Miao Ying, Nabuqi, and Tao Hui—many of whom are known for their cutting-edge work in new media, none explicitly addressed national or international politics in the show. Together, these artists’ works lent Mirror Image the qualities of a raucous apolitical spectacle that had been, in some way or another, toned down—its colors diffused in water, its sounds muffled—like a party happening behind a closed door. For these reasons, Mirror Image seemed, at first blush, more like a humble homage to past curatorial triumphs than a proposition about the current state of Chinese contemporary art.

There was also a distinct shift in medium. Noticeably missing from Mirror Image were ink painting and calligraphy. These artists seemed to have outgrown the desire to experiment with ink, a desire that had been on full display in Inside Out, which featured works such as Huang Chih-yang’s Zoon (1996) and Ren Jian’s Primeval Chaos (1986–87). In Mirror Image, there was no ink except for the digitally rendered strokes in Miao Ying’s Surplus Intelligence (2021-22), a single-channel film written by AI. Mirror Image was instead composed mainly of new media, with the exception of Cui Jie’s acrylic and oil paintings of futuristic buildings. In place of hanging scrolls and screens, we had Tianzhuo Chen’s psychedelic Trance (2019), a film distilling a twelve-hour dance performance, spliced with archival footage of Tibetan Buddhist ceremonies, Liu Shiyuan’s collaged diptych For Jord (2020), for which she used the Google image search function to draw together disparate photographs from around the world, and Nabuqi’s surreal installation, How to Be “Good Life” (2019), which transports the viewer to an otherworldly living room whose Ikea-purchased lamps are shrouded in fabric and whose bowls of plastic fruit evoke a sense of desolate placelessness.

Because the artists are all under forty-five, their relationship with Chinese history is affected by their temporal distance from the Cultural Revolution and Tiananmen Square protests and proximity instead to cultural shifts such as the implementation of the one-child policy and Deng Xiaoping’s Open Door Policy, which allowed foreign businesses to enter China for the first time since Mao Zedong established the People’s Republic. Inside Out featured a number of works that directly referenced Mao and the Cultural Revolution, including Wang Guangyi’s Mao Zedong No. 1 (1988) and Great Castigation Series: Coca-Cola (1993) and Wu Shan Zhuan’s Red Humor Series: The Big Characters (1986). In Mirror Image, there were no such explicit references. The transgressions were subtle and oblique; for example, Tao Hui’s Similar Disguise Stills (2021) reference a pre-communist past, candidly utilizing historical costuming, whose material decadence is largely frowned upon by the CCP, while eliding all mentions of twentieth and twenty-first century class struggle.

Overall, one experienced a sense of visual and sonic harmony in Mirror Image. There was a palpable absence of direct, politically charged confrontation between the binary forces that, back in 1998, defined the acerbic criticality of Inside Out, as well as the tension between the artworks themselves. Whereas we often think of dissident artists like Ai Weiwei when we think of Chinese contemporary art, and whereas Inside Out provided many direct challenges to Mao in the form of his portrait on Tiananmen, I did not see this relationship to politics and history in Mirror Image. This was not, however, an indication of amnesia or denial. The artists in Mirror Image engage with the past, as evidenced by the presence of archival footage and historical cosplay; they simply make use of it as fertile ground for imagination.

Whereas Inside Out was composed of over ninety percent male artists, Mirror Image turned the tables by including five women artists among its seven chosen participants. Many of the works on display highlighted a sense of fluidity and reciprocity between gendered subjects. The binary notion of gender, which has been a stubborn fixture in Chinese art and culture that has been pointed out in a variety of literature from artist Xiao Lu’s memoir Dialogue to novelist Mian Mian’s censored coming-of-age story Candy, seemed to have melted away. When we look at recent works like photographer Pixy Liao’s intimate self-portraits with her lover, in which they take turns carrying one another and performing reciprocal erotic acts on each other’s bodies, we see those traditionally prescribed gender roles in a state of flux and ambiguity. The ecstatic, strobing shot of a queer couple kissing in Trance was likewise received as a timely and necessary reparative gesture in the exhibition, particularly since Xi’s conservative regime made life increasingly difficult for LGBTQ+ citizens.

Judging from this trajectory, I wonder how the next iteration of this show, if there is one, will look. One of the implicit goals of both Inside Out and Mirror Image seems to have been to forecast the future of transnational identity formation. Pollack tells me over the phone, one cloudy morning in late June, she predicts that the “next” show would be even more high-tech, and that that which constitutes “authentic” Chinese art and culture will continue to shift toward an increasingly nebulous and unnamable territory. In the future, she and I speculate, artists of the Sino diaspora are be less likely to be pigeonholed as “Asian-Americans,” “Chinese nationals,” or “cultural ambassadors.” The tumultuous meeting of “East” and “West” embodied in stark juxtapositions of, say, Maoist iconography with Coca-Cola labels seems to have settled down and transformed quite naturally into a new question of how we envision and create a future we want—a future in which reciprocality is the baseline of relationships, in which minoritarian identities are both celebrated and protected, and in which pain, if it must exist, comes to us in the form of twelve-hour fever dreams—and is experienced as ecstasy.

Jenny Wu is a writer and independent curator who holds a master’s degree in art history from Washington University in St. Louis.