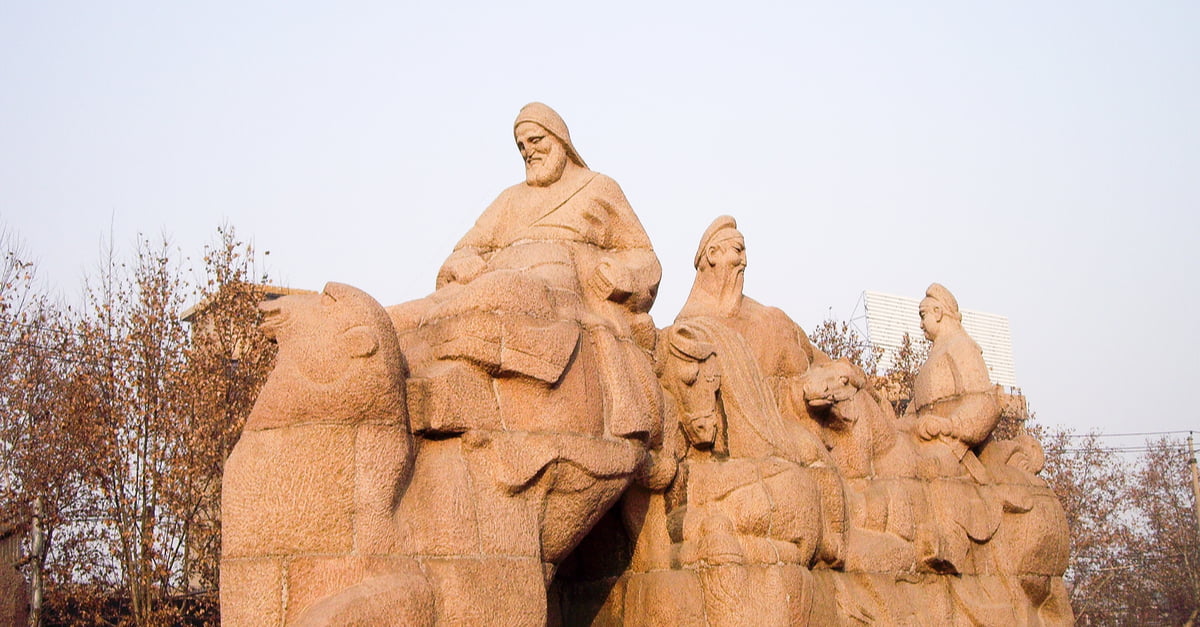 On 6 January, the RSAA was addressed by Eyck Freymann, a US scholar currently at Balliol College Oxford, on the Chinese presentation and ideology behind its One Belt One Road (or Belt and Road) initiative. Freymann is the author of the recently published One Belt, One Road: Chinese Power Meets the World (Harvard, 2020).

What is Xi Jinping’s vision in constructing China’s One Belt One Road (OBOR)? Many Western observers have concentrated on ideas that the initiative is economic or geo-political in intent. Some view it fundamentally as an infrastructure project, and focus on understanding its financing, viability, and configuration. Some it as connected to domestic economic policy – a vehicle for dumping excess capacity from China’s state-owned sector.  Others see it as an initiative with a fundamentally geo-political intent. The development, they argue, is to assist in developing Chinese domination over the Eurasian landmass and beyond, particularly by offering an easy means of military deployment through new transport infrastructure.

In his lecture to the Society, Eyck Freymann argued that China had, to some extent, pursued all of these objectives in developing OBOR. However, one underappreciated but important area, to which Freymann dedicated the lecture, was China’s ideological approach to OBOR: the portrayal of the project in the sphere of Chinese politics, and the different ways in which Chinese propaganda was attempting to present the project to domestic and foreign audiences.

Freymann argued that OBOR is being presented to China in a domestic political campaign that has global implications. Just as Mao Zedong was portrayed as part of a succession of great Chinese leaders or heroes of the communist cause such as Marx and Engels, so , argues Freymann, is Xi Jinping is attempting to cast himself in the mould of the Emperor Han Wudi (r. 141-87 BC).

Han Wudi was arguably China’s greatest emperor. He doubled the territorial extent of the Han dynasty, and annexed, what are now the provinces of Fujian, Guangdong, and Guangxi. He invaded Vietnam and the Korean Peninsula, largely successfully. He also launched military incursions into Central Asia, which annexed the Hexi corridor and modern-day Gansu Province, and laid the groundwork for his successors to annex what is now modern-day Xinjiang.

Contemporary Chinese propaganda is recasting the history of the concept of the Silk Road to achieve this comparison. Han Wudi is credited by Chinese propaganda as being the effective founder of the ancient Silk Road trading network, thanks to his sending the emissary and explorer Zhang Qian to the western regions. Xi, with his development of OBOR, is trying to portray himself through that propaganda as Han Wudi’s worthy successor, generating a world where China is the most powerful state at the apex of a grand trading network of its own creation. Xi, with OBOR, suggests the propaganda, is restoring China to the original glory and hegemony which is its due.

This recent Chinese propaganda, Freymann observed, has taken a very different line about the notion of the Silk Road to that of earlier Chinese scholars. Han Wudi was credited by them with many things, but not the creation of the Silk Road. In fact, it was the Swedish explorer Sven Hedin who was the first to attribute the creation of the Silk Road to China, Zhang Qian, and Han Wudi. Hedin’s particular intent in doing this in 1938 was to assist in persuading the Nationalist government of Chiang Kai Shek to cooperate with the Third Reich in building an overland trading network, a highway, and eventually a flight path between Germany and East Asia. Hedin’s theory found few takers amongst Chinese scholars, and even in recent years before Xi the trope of China as the pioneer of the ancient Silk Road was not much used in the promotion of China’s contemporary trade.

Freymann presented extracts from a 2016 Chinese domestic TV series that presented Xi’s vision of the OBOR and its relationship to Chinese history and the Silk Road. The series argued that there was a philosophy underlying the ancient Silk Road, something it called “Oriental Wisdom”. This is said to represent the apex of Chinese cultural learning. But it is, in a sense, a theory of international relations, in which nations interact through a model of cooperation rather than conflict, and China, with its cultural superiority, and economic and technological centrality, is implicitly acknowledged by all to be the centre of the international system: a gravitational force that holds the entire Asian region in its embrace and ensures peaceful and orderly exchanges of people, ideas, and goods across borders.

This is set in juxtaposition to Western science, which is portrayed throughout the series as pitiful, and flawed. The Chinese development of the Silk Road led, from Roman times, to a Western obsession with superior Chinese goods and technology; Western history, from that time, according to this propaganda, was driven by the desire to connect with China. The Western discovery of the New World was a cataclysm, leading to colonial expansion, monopolies, climate destruction, and war; it lacked “Oriental Wisdom”. The coming to power of the Communist party in 1949 put China back on the road to its rightful place in the cultural and technological order and (the propaganda skips over the Great Leap Forward and the Cultural Revolution), China is now returning to the apex of the world order, of which OBOR is a vital part.

The propaganda also stresses that Chinese investment in infrastructure in neighbouring regions – as with Chinese trade during the ancient Silk Road period – has as its ultimate end not a monetary return on investment, but that the neighbouring nations grant submission to China, and recognise its superior status. The giving of tribute, argues the propaganda, was the token of this in the ancient Silk Road, and China’s object in developing OBOR, in the propaganda, appears to be similar.

The presentation of the purposes of OBOR to international audiences, particularly in the limited English-language coverage available from Chinese sources, is radically at odds with the domestic Chinese-language propaganda. Freymann showed examples of this English language material, which included no reference to the idea of Chinese cultural superiority or the denigration of Western traditions, politics or learning. It also included no reference to the idea that China saw itself as superior to other nations, and that it expected political submission in return for its OBOR investments. Rather, the Chinese international English language presentation of OBOR simply presented the initiative as being something which allowed the easier movement of goods and people.

Freymann observed that that there were other less favourable but instructive resonances to Xi Jinping’s alignment of himself with Han Wudi. Han Wudi’s overseas adventurism wrecked the imperial finances and put his successors in a very difficult position. He had to create government monopolies over salt, pepper, and steel to raise cash, which created governance problems for the rest of the Han Dynasty. This is not so dissimilar to what Xi Jinping has done himself, consolidating his power over the state sector. He also ruled with an iron fist. He ordered draconian crackdowns on intellectuals throughout his reign, and he even ordered the castration of the famed Imperial historian Sima Qian. In his later years he became paranoid, obsessed with immortality, and borderline megalomaniacal.

If, indeed, the OBOR is in reality a new imperial project to resurrect the tributary system, and to rally the one-party state around this goal, then, argued Freymann in conclusion, perhaps external observers have misdiagnosed the nature of OBOR: is not fundamentally about building infrastructure, distributing vaccines, or any substantial policy engagement with the world. It is fundamentally an ideological project to put Xi Jinping at the centre of the Chinese system, and to make the world serve China, just as the Chinese propaganda about the OBOR and Silk Road is making the past serve the present.

In the second half of the webinar, Freymann answered a wide range of audience questions, including about the recent difficulties faced by the OBOR; the response of China to the Pandemic; the recent developments in the relationship between China and its Central Asian neighbours, with India and Pakistan, and also China’s South-east Asian neighbours; the likely impact of the repression of Xinjiang and Hong Kong on China’s relationship with its OBOR partners; and the prospective response of the Biden administration to China’s ambitions.