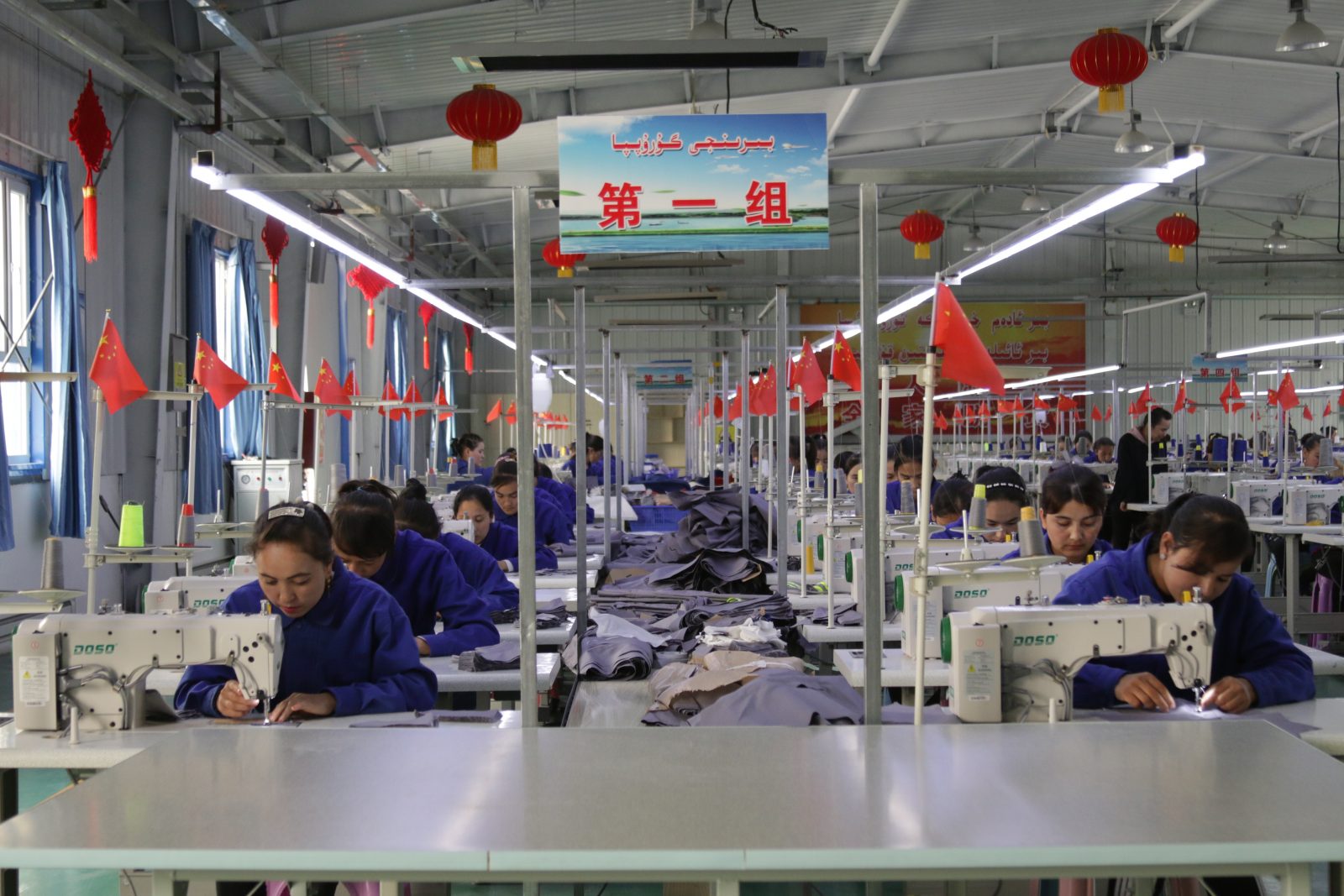 As has become routine the last few years, yet again in 2020 we have heard worrying reports concerning China’s alleged mistreatment of its Uyghur population. For several years there have been stories of how Chinese authorities have been holding members of the Muslim minority community in supposed ‘internment camps’, where they are reportedly subjected to grave conditions of arbitrary detention, neglect and abuse. In the face of this, one can sometimes feel powerless as to what can be done. Frankly, the political (and economic) weight of China on the international stage makes it difficult to hold it to account for alleged human rights abuses. Over this last year, however, a legal strategy to curtail some of these abuses may have appeared: target the companies benefiting from them.

First, we must establish what precisely is happening concerning China’s treatment of its Uyghur minority. The Uyghurs are a Muslim population living predominantly in Xinjiang, an autonomous region in western China. In recent years there has been growing international concern around reports of a systematic campaign by the Chinese authorities to minimise Uyghur cultural heritage, with some going so far as to call it ‘cultural genocide’.

In particular, it has been alleged that some of the Uyghur populace has been brought to so-called ‘re-education camps’ where they are, among other things, subjected to a condition of forced labour. In a report delivered in March this year, the Australian Strategic Policy Institute (ASPI) estimated that more than 80,000 Uyghurs have been transported to factories where they live under constant surveillance with limited freedom of movement and in segregated dormitories.

It is in such conditions that, according to the ASPI report, these individuals have been forced to produce items that ultimately end up being sold by western companies. Indeed, the report states that at least 82 brands, including Apple, Nike, Samsung, and BMW to name a few, make use of Uyghur forced labour in their supply chain.

This report gained widespread coverage, causing consternation around the world over which familiar western products might be implicated. The head of responsible sourcing at the fashion brand Boohoo told British MPs he was ‘quite shocked at the revelations’, while a senior figure at Nike said the group was ‘deeply concerned’ about the situation.

Since these allegations first surfaced, companies have scrambled to distance themselves and exhibit their ethical credentials. H&M has cut ties with one of its Chinese yarn producers over reports of forced labour, while Amazon has severed its links with one of the entities linked to it in the original ASPI report.

This is, however, not the case for all corporations or brands. The CEO of Volkswagen has recently defended the company’s decision to continue operating its factory in Urumqi, the capital of Xinjiang, despite being unable to give an assurance that none of its workforce had been in a camp.

Part of the problem is how important Xinjiang is in global markets. 84% of China’s cotton comes from Xinjiang, and China is the largest cotton producer in the world. Indeed, in this pandemic-stricken year, demand for Xinjiang-made products seems unlikely to stop; the New York Times has reported that these forced labour programmes have been creating facemasks that have been shipped around the world, with some being sold in the US or Australia. In recent days it has come to light that some Xinjiang-manufactured facemasks may have formed part of the Daily Mail’s donation to the NHS in the early days of the pandemic. It has been this dominance in cotton supply chains that, according to a coalition of human rights groups, means that ‘virtually the entire apparels industry is tainted by forced Uighur and Turkic Muslim labour’.

Aside from diplomatic representations or perhaps consumer pressure, what routes might there be to hold these companies to account? Let us start with domestic law. In various jurisdictions around the world there are prohibitions on the sale of goods created under forced labour. In the USA, for example, it is illegal to import goods into the country that were made with forced labour (Section 307 of the Tariff Act of 1930 (19 U.S.C. §1307)). A bipartisan bill (the Uyghur Forced Labor Prevention Act) was also introduced to Congress in March which would ban all imports from Xinjiang on the presumption that they were made with forced labour, and would require importers to show clear and convincing evidence that the goods were not produced under such conditions before allowing them in. This was passed in the House of Representatives by an overwhelming 406-3 back in September, but is still waiting to be voted on by the Senate.

In the meantime, however, US government agencies have taken action even while Congress is taking its time (most likely distracted by the political turmoil in the States). In September US Customs and Border Protection (CBP) blocked imports from certain Chinese manufacturing companies and from two specific production facilities in Xinjiang (which it identifies as forced labour camps). Again, in October, the CBP detained a shipment of clothing from Xinjiang on suspicion of their production by forced labour.

However, in some places the legal framework is arguably too weak to effectively hold corporations to account should they benefit from forced labour. In the UK, for example, the Modern Slavery Act 2015 requires (at s54) businesses with a global turnover of £36m or more to issue a ‘slavery and human trafficking statement’ every year, showing how they are monitoring their own supply chain and ensuring that they do not partake in slavery or forced labour. However, though the government has indicated that certain reporting criteria might become mandatory, there are currently no hard legal requirements on what actions businesses should take to police their supply chains, nor are there penalties for not submitting a report.

Similar requirements exist in Australia under their Modern Slavery Act 2018, whereby organisations with turnover of $100m Australian dollars or above must issue a report on the risk of modern slavery and forced labour in their supply chains. Though arguably more wide-reaching than the UK’s Modern Slavery Act since it extends to public procurement activities, it has still faced criticism for merely imposing a reporting requirement rather than a ‘requirement to act’.

If we move from the domestic level, is there any way international law could provide effective redress of these alleged violations? Forced labour has of course long been condemned under international human rights law. For example, it is prohibited under Article 8 of the International Covenant on Civil and Political Rights, but as China has only signed, and not ratified, this treaty it does not bind them. China has, however, ratified the International Covenant on Economic, Social and Cultural Rights (ICESCR), which in its provisions concerning both the right to work and right to just and favourable conditions of work (Articles 6 and 7) arguably contains a prohibition on forced labour (as interpreted by the UN Economic and Social Council’s General Comment No. 18, para 6). Furthermore, should it be possible to prove this alleged persecution of the Uyghur population, China has also arguably breached its obligation not to support or sponsor racial discrimination under Article 2 of the International Convention on the Elimination of All Forms of Racial Discrimination (ICERD), which it has also ratified.

However, even if China has breached its international legal obligations, enforcement of these provisions is hardly strict. It is notoriously difficult to hold states to account for breaches of international human rights treaties. China has not ratified the Optional Protocol to the ICESCR that would allow individuals to submit their own complaints to the relevant UN committee that monitors implementation of that treaty. It has also not made the relevant declaration under ICERD (Article 14) that would allow for individual complaints about breaches of that convention. Even if it had done so, these committees cannot impose their will on state parties in the same way a domestic court order can be enforced against an individual; international law is a lot more consensual, and so a lot more toothless, than that.

However, it remains an open and complex question whether and to what extent companies may carry obligations or have personality under international law. This is before we get into difficult issues of liability and the contours of the prohibition of forced labour. It is almost certainly not the western corporate entity like Nike or H&M that is directly implementing or imposing this forced labour; they are merely part of a contractual chain which, according to these allegations, somewhere along the line includes another corporate entity carrying this out. Does the prohibition of forced labour under customary international law therefore include an obligation to police one’s supply chain? To what extent does one instance of forced labour taint the entire sequence of companies; what sort of ‘knowledge’ by a company of its suppliers’ misdeeds would make it culpable?

These questions are likely to take far too much debate to resolve to be of great help in the present situation. Even were they settled, the key difficulty is evidence; given that ‘journalists and human rights groups are heavily restricted from inspecting’ the situation in Xinjiang, it is difficult to imagine enough evidence could be gathered to hold a western company liable in court.

This is where domestic law can be most effective, such as the US’s Uyghur Forced Labor Prevention Act. By forcing importers to demonstrate that goods were not manufactured by forced labour, the evidential burden is reversed whilst allowing for legitimate importers of ethically-produced goods to operate. One hopes that other countries or trading blocs might do the same, although China’s economic and political weight makes it difficult for others to follow suit. As Vanessa Frangville, professor at Université libre de Bruxelles, said, China’s heavy investment in Europe makes it difficult ‘for the EU to stand as one against China’, though the EU has made some diplomatic representations to China on this issue.

Overall, then, there may be some possibility of hope by pursuing domestic legal reform along these lines. Of course, ignored by this article but of great importance, is simple consumer pressure. Should we demand change by altering our purchasing preferences, avoiding those organisations implicated in these abuses, companies would in theory be compelled to change their ways. That is easier said than done though, especially given the preponderance and dominance of the brands listed. Frankly, it can sometimes be difficult to avoid all these companies and still buy the products we want.

Even if this effort were successful, though, it is clearly only half the battle. Restricting imports from Xinjiang might make us in the West feel better, knowing that the clothes we wear are not produced by forced labour and persecution of an ethnic group, but for it to be really worthwhile these measures must also reduce the suffering that is taking place. It remains to be seen whether this economic pressure could make a serious difference, but it is perhaps a start at least. Overall, one imagines it might be more effective, or at least more achievable, than bringing about change through political or diplomatic remonstrations.