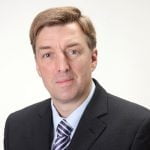 Hong Kong people have done a remarkable job at minimising the volume of cases in the city. As at 21 May, there have been only 1,064 confirmed or probable cases of Covid-19, with 1.029 patients discharged after treatment, and only four deaths. This data is staggering in comparison to London which by 20 May had over 26,000 recorded Covid-19 cases and over 4,000 related deaths.

Almost all Hong Kong residents wear a face mask when outside, they carry hand sanitiser everywhere, and use alcohol wipes to clean hands, open doors, hold train or bus rails. Companies hourly clean all doors, elevators, common area surfaces, and desks. Restaurants, which have never closed, have provided two sets of chopsticks since 2003 (one to pick up food, one to eat the food) and now also provide an envelope for each diner to put their face mask into and maintain table hygiene. Customers entering restaurants and shops must have their temperature taken, an extraordinary feat in a city with around 15,000 restaurants that is described as a “shopping paradise” for the ubiquity of shops and goods to buy.

Hong Kong residents returning to the city from other countries are required to enter self-quarantine at home. Upon arrival at the airport they must report to the vast hall of the exhibition centre and have samples of throat saliva taken for a Covid-19 test, and then stay at a local hotel until the test results are provided the same day (or overnight).

There have been restrictions on entry to Hong Kong since the start of the crisis. From 27 January, no person from Hubei Province and no Hong Kong resident who has visited Hubei Province in the past 14 days can enter Hong Kong. From 25 March, no non-residents have been allowed entry to Hong Kong, and any non-residents entering the city from Macau, Taiwan or Mainland China cannot enter if they have been to another country in the past 14 days. Hong Kong people have not been locked down in their homes, but the territory of Hong Kong has been locked down and cut off from the outside world.

There is no health-related lockdown for Hong Kong people, but there is an increasingly stringent political lockdown as civil rights are continuously eroded by the exercise of increased authority by the Central Peoples Government over the city.

The lack of credibility of government officials has led to a lack of trust in the Hong Kong Government. This is illustrated by the government distribution of cloth face masks to every resident. The “CuMask” is issued to every resident who applies, but is described by local people as being an acronym for the “Chinese Underwear Mask” as the masks look like a large bra cup. Such are the divisions in Hong Kong society that some pro-democracy supporting “yellow” restaurants are reportedly banning any customers who wear the government issued mask. A mobile App is available listing around 1,300 restaurants which are “yellow” and another 1,600 that are “blue” (pro-government).
The lack of trust of government officials results from continual acts that restrict freedoms in the city.

Radio Television Hong Kong (RTHK) has been under great pressure following consistent independent reporting of the protests, related violence, and police use of force. That independence is being lost as the Hong Kong and also the Central Peoples Government have criticised RTHK for their reporting. A satirical show has been cancelled after an episode parodied the Hong Kong Police with a police officer wearing a rubbish bin liner and suggesting that the police had plenty of protective gear whilst medical staff did not.  The Hong Kong and Central Peoples Government have criticised RTHK after a reporter asked a World Health Organisation official why Taiwan could not be a member of the WHO, which Chief Executive Carrie Lam called a breach of One Country Two Systems by not following the “One China principle”.

This week the Independent Police Complaints Council (IPCC) released their long-awaited report that found the Police had not acted inappropriately in the major protest related incidents that have caused such anger amongst many Hong Kong people. The IPCC noted some minor areas for improvement by the Police, but generally substantiated Police actions during the contentious incidents.

On the “7/21” when villagers and triads attacked people at the Yuen Long MTR station, the IPCC “did identify deficiencies in Police deployment and other Police action in response to the events.” Yet the IPCC says nothing more about this finding and instead stresses that it is not justified to accuse the Police of “collusion with triads”.

On the “8/31” incident at Prince Edward MTR Station in which video recordings show the beating of protesters, the IPCC stated that this “does not show the whole picture” and that there were “many protesters changing their clothes to disguise themselves as protesters”. This does not quite address the point of why it is acceptable to beat anyone who is not armed and not resisting.

All of these incidents were complicated situations with violence from protesters creating chaos that would test the best of any police officers in the world. But the key point missing from the reaction of the Hong Kong Government, the Police, and the establishment in Hong Kong is that accountability is a concept that must be applicable to all for it to be meaningful. The violent protesters are being held to account for their actions, but the police officers whose discipline lapsed and the police management who failed are not accountable. The Government officials who have proven politically inept remain in post waiting for retirement. This remains the basis of division between the majority of Hong Kong people and those who govern.

The past years of discontent in Hong Kong have worsened to the point where the Central People’s Government has caused local people to cease to believe that One Country Two Systems has any reality or meaning. This was emphasised on 21 May when a spokesman for the National People’s Congress, which is meeting in Beijing, stated that the NPC Standing Committee would put forward proposals to set up legal and enforcement mechanisms in order to uphold national security at the state level in the Hong Kong Special Administrative Region. This means that the Central People’s Government will legislate for national security in Hong Kong without the need for the Hong Kong Government to initiate legislation of its own.

Such national security legislation would most likely criminalise activities or calls relating to secession, foreign interference (which can be widely interpreted), and terrorism, all of which can be defined variously by the Central People’s Government and hence cover acts that are interpreted by the Chinese Communist Party. This is not what was envisioned prior to 1997 as how One Country Two Systems would function, and the promised autonomy for Hong Kong has been gradually eroding for the past two decades.

After arriving in Hong Kong in 1988 to join the Royal Hong Kong Police, marrying my beautiful wife who is from the city, having two wonderful sons born in the city, and meeting so many great friends and colleagues, it was time for me to leave in May 2020 and return to Scotland. It is sad to go at this time when most Hong Kong people are so fearful for the future as the PRC Government tightens its direct control over the city. There is a feeling of despondency amongst so many Hong Kong people as they fear that the One Country Two Systems concept is dead and the future will bring increasing repression by an autocratic Hong Kong Government dominated by the directives of the Chinese Communist Party.

This is too pessimistic. Hong Kong people have proven themselves to be extraordinarily resilient for over a hundred years navigating the arrival of the colonial British, the decline of the Qing Dynasty, the war with Japan, the civil war between the Nationalists and Communists, and the long years of turmoil during communist rule. Hong Kong has been a haven for enlightened Chinese intellectuals, for dynamic Chinese businessmen, and for free thinking Chinese people.

The Chinese revolution of 1911 would not have occurred had Dr. Sun Yat Sen not been able to study in the city at the Hong Kong College of Medicine for Chinese and plot the overthrow of the Manchu Qing with his associates.

The Chinese economy would not have grown so quickly after the Cultural Revolution if the legion of Hong Kong Chinese businessmen had not invested in their motherland, leading to the growth of Shenzhen, Dongguan, and Guangzhou into economic powerhouses.

The future development of China will not be as bright without the free-thinking Hong Kong people who meet adversity with creativity and energy. It is the people of Hong Kong who are the future of the country, and no doubt they will show their normal patient resolve to navigate the efforts to suppress them.