Martin Purbrick (@mtpurbrick), the RSAA’s honorary local secretary in Hong Kong, continues his commentary on life with Covid-19.  Martin is a regular contributor to Asian Affairs 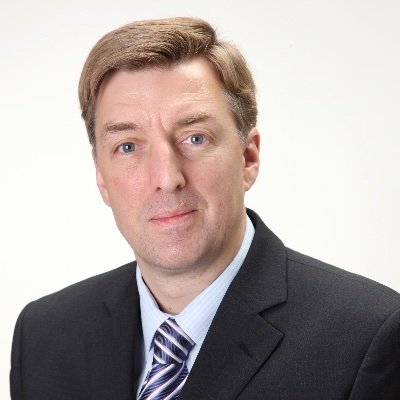 The Coronavirus in Hong Kong has led to a new normal lifestyle for us all. Bars, pubs, karaoke lounges, massage establishments, bathhouses, mahjong parlours, and nightclubs (which are not discos, but have Chinese hostesses entertaining male customers) are all closed. Never has vice been so hard hit. Horse racing is however continuing and hence at least people can gamble, which Deng Xiaoping assured when he famously said before 1997 that “Horses will keep racing and nightclub dancing will continue”. (Well, he was right about horses.)

Restaurants are open, but with only 50 per cent of normal seating allowed, tables must be 1.5 metres apart or with a partition, and no more than 4 people may sit together. Face masks must be worn inside restaurants, except when consuming food or drink (thank heavens). There is temperature checking at entrances to restaurants and shops. Face masks are pervasive on people walking on the streets. But business continues and there is no compulsory lockdown.

Thankfully, the situation is far less severe than in many other cities and countries.  By 19 April, there were a total of 1,024 confirmed cases and only 4 deaths. Hong Kong people are doing well at dealing with the crisis.

The Hong Kong Government’s Coronavirus catchphrase is “Together we fight the virus”. This collaborative approach does however continue to be distracted by the political tensions. The Liaison Office of the Central Peoples’ Government stated last week that they can comment on and supervise any issues concerning the relationship between Hong Kong and Beijing. This may contradict Article 22 of the Basic Law, the Hong Kong mini-constitution, that requires that PRC government departments do not interfere in Hong Kong affairs. This followed comments made by the Head of the Liaison Office about legislators who he suggested may have breached their oaths of office by filibustering new legislation.

On 14 April, Reuters reported that senior judges in the city had told reporters that “The independence of Hong Kong’s judicial system is under assault from the Communist Party leadership in Beijing.” The article relayed concerns from interviews with judges that there is a concerted effort by the Central Peoples’ Government to restrict the Hong Kong Judiciary by using the PRC state-controlled media to issue warnings, to limit the scope of the Judiciary to rule on any constitutional matters, and to assert the rule of law as a tool to preserve the rule of the Chinese Communist Party.

The next day happened to be “National Security Education Day”, seemingly a new festival in Hong Kong that has not been in the traditional Chinese calendar in the past. Both Hong Kong and Central Government officials made statements about the auspicious day. Carrie Lam, Chief Executive, said that “National security is an important cornerstone for peace and stability and “social events” in the past year have given the society a deeper understanding of the importance of national security.”

Luo Huining, Director of the Liaison Office of the Central Peoples’ Government in Hong Kong, said on 15 April that “If the anthill eroding the rule of law is not cleared, the dam of national security will be destroyed and the well-being of all Hong Kong residents will be damaged”, and that “There is a need to put effort into maintaining the national security legal system and enforcement system as soon as possible.” Luo was referring to the calls by the Central Peoples’ Government for Hong Kong to enact new national security legislation.
Celebrations of National Security Education Day in the PRC included suggestions by the Ministry of State Security as to why this is such an important subject. The MSS are usually quite a serious bunch but in cartoon videos released on their website they referred to Superman, Mr. Bean, The Joker, and Spongebob Squarepants to illustrate why the Counter Espionage and National Security Law are really very important. (1)

The videos encourage citizens to identify foreign spies in their everyday lives and explains that many people think of the FBI, CIA, Superman, Batman, Iron Man, Spiderman, and Captain America as spies, but the superheroes have in fact been laid off and are unemployed. It seems that even the serious spies at the Ministry of State Security has been watching a few too many Hollywood movies during their prolonged time locked down because of the coronavirus.

There is a long tradition in China of warning the population to beware of “foreign forces”. On the 2018 National Security Awareness Day, Chinese citizens were warned to be alert for friends who wear masks, spies who come as tourists, journalists, researchers, or diplomats.(2)  In the 2017 campaign, the authorities offered cash rewards for providing intelligence about foreign agents. The first campaign, in 2016, warned female citizens of the “Dangerous Love” from dating foreigners. The risks were illustrated in a cartoon showing a poor civil servant named “Little Li” who engaged in a romance with a visiting foreign scholar called David. Miss Li’s job is to write reports for senior Communist Party leaders, which the devious David asks her to share with him after he plies her with walks in the park, flowers and dinner dates. This does of course end in tears as David stops calling Miss Li once he has some reports, and the police arrive to arrest the poor girl whilst telling her how naïve she is.

It seems that old people can also be a danger to National Security.  On Saturday 18 April, the Hong Kong Police arrested Barrister Martin Lee (age 81), Barrister Margaret Ng (72), former legislator Yeung Sum (72), newspaper owner Jimmy Lai (71), former legislator Albert Ho (68), former legislator Cyd Ho (65), politician Leung Kwok Hung (64), trade unionist Lee Cheuk Yan (63), and a few other local politicians.  All were arrested on suspicion of taking part in an Unlawful Assembly in August 2019. None had committed any violence and did not encourage violence, but they were at a protest involving a few hundred thousand people that has been declared an Unlawful Assembly by the Police.

It is always helpful to look back at history in China to understand the current political situation. Confucius is helpful when considering governing, and in the Analects, written around 500 BCE, “The Duke Ai asked, saying, “What should be done in order to secure the submission of the people?” Confucius replied, “Advance the upright and set aside the crooked, then the people will submit. Advance the crooked and set aside the upright, then the people will not submit.”  Rather often in the history of China the teachings of Confucius are more honoured in the breach than in the observance.

Laws in China were codified during the reign of Qin Shi Huangdi, the first great emperor from 221 BCE, but according to the “Legalist” philosophy. Legalism contended that people were more likely to do wrong rather than right because they are self-interested and hence the threat of severe punishment is the best way to maintain order. Legalism was prominent during the reign of Qin Shi Huangdi and other philosophies were banned, books detailing them destroyed, and non-conforming writers executed. Punishments were severe, ranging from beatings, hard labour (for instance on the Great Wall and Grand Canal), banishment to frontier regions (terribly hot), flogging, amputation (of hands, feet, nose), and castration.

The Qin Dynasty ended in 206 BCE and was succeeded by the Han Dynasty that continued until 220 CE. During the Han Dynasty “Legalism” was replaced by Confucianism as the leading philosophy and the country thrived with the development of the Silk Road, the establishment of the Imperial Examinations, the expansion of art in calligraphy, painting, pottery, and sculpture, which established China as such a great civilisation that thrives when its people are allowed to express themselves.